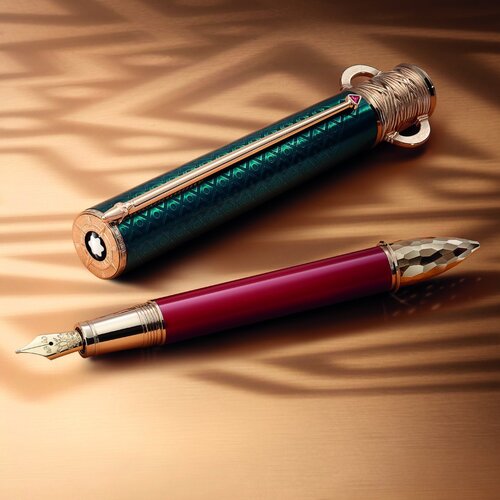 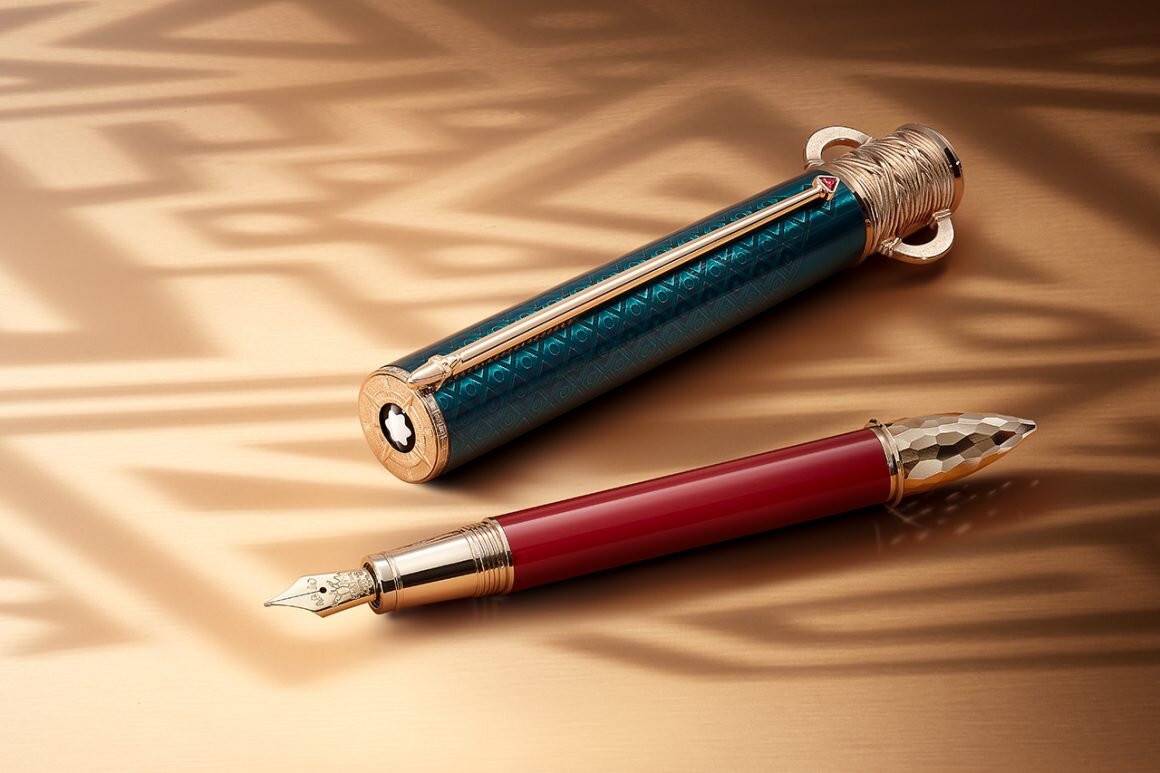 In 1992 Mont Blanc conceived a foundation, "D'enterprise Montblanc de la Culture", to support and protect the contemporary arts. Since the inception of this foundation, Montblanc annually creates a strictly limited edition fountain pen whose design is in the style of a patron of art. Previously limited editions have been created in the memory of Henry Steinway, Alexander the Great to name a few.

This year the legendary writing instrument maker is honouring Emperor Moctezuma Ilhuicamina, the first crowned ruler of the great Aztec empire in 1440, the Golden Age of the Aztecs. Like the great Aztec emperor, Montblanc aims to inspire noble words and great deeds for tomorrow

The Aztecs were a state rich in culture and the design of this pen pays special attention in honouring the artistic and architectural achievements of the Aztec culture.

The Overall design of this Mont Blanc pen is inspired by Moctezuma’s most famous weapon, the Atlatl, calling attention to his reputation as a great warrior. The Atlatl, claimed by many to have revolutionized warfare at the time, was able to launch a spear at high speeds and for significantly longer distances providing the Emperor and his army with a unique advantage. Primary accounts have highlighted how the Atlatl allowed the Emperor’s army to hurle an attack on their opposition well in advance, leaving their opponents baffled on the battlefield. 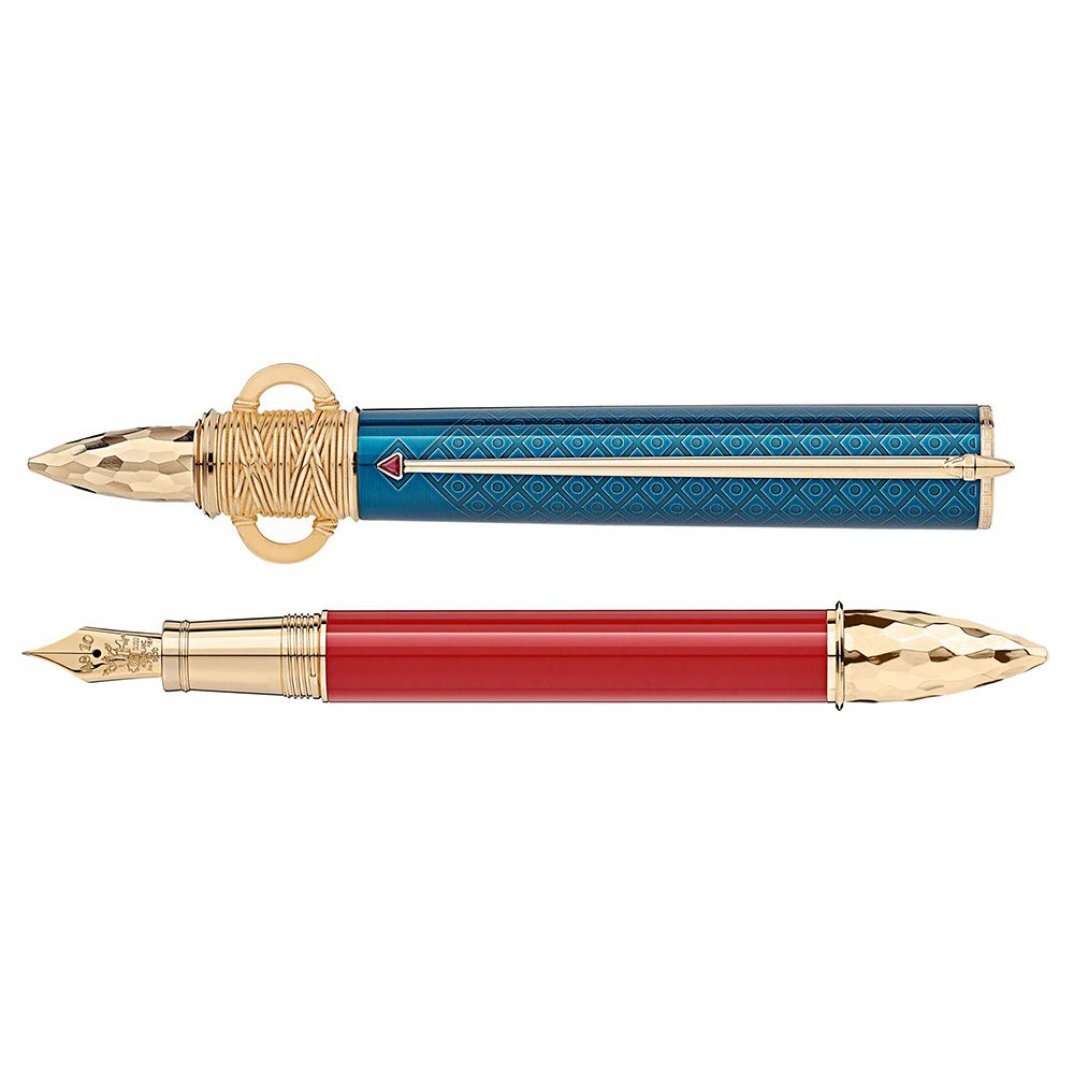 The lacquer colours, petrol and carmine red, are inspired by the colours of the state’s royal cloak. Gold-coated motif reminiscent of the Atlatl’s thread-wrapped handles

The cap is further embellished with two Aztec glyphs taken from the Mendoza Codex, which indicate the years in which the reign of the Aztec king began and ended. The clip, an elongated spear, with champagne tone fittings is emblematic of the spear that sat on the Atlatl prior to being launched on the battlefield. 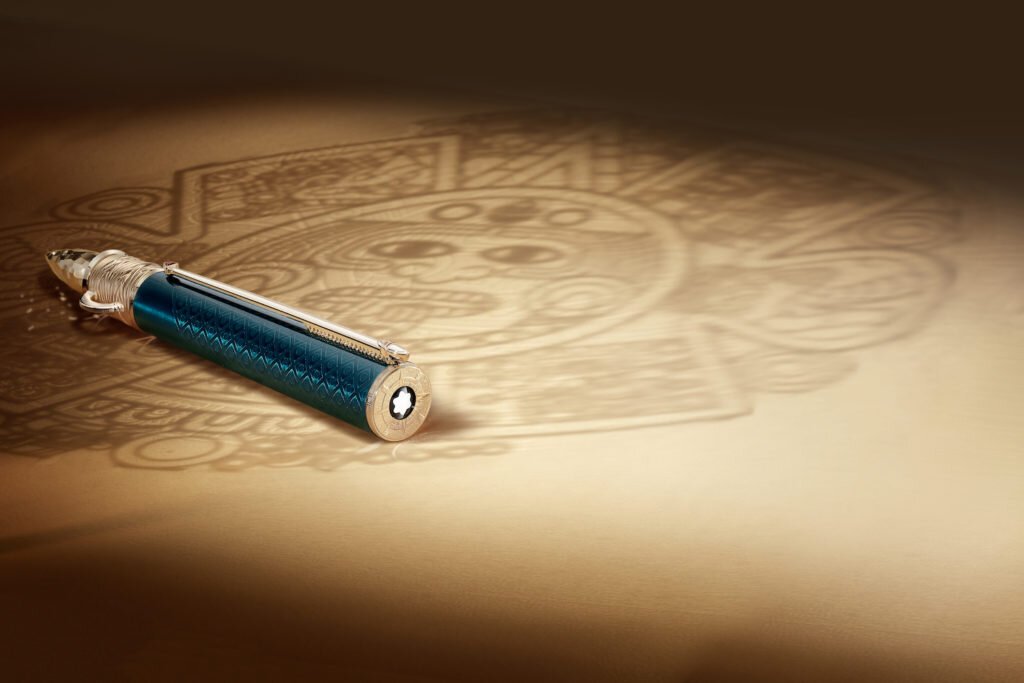 The Montblanc emblem embedded in the engraving of an Aztec sundisk which honours the stone of Moctezuma and the diverse architecture of the Aztec State. 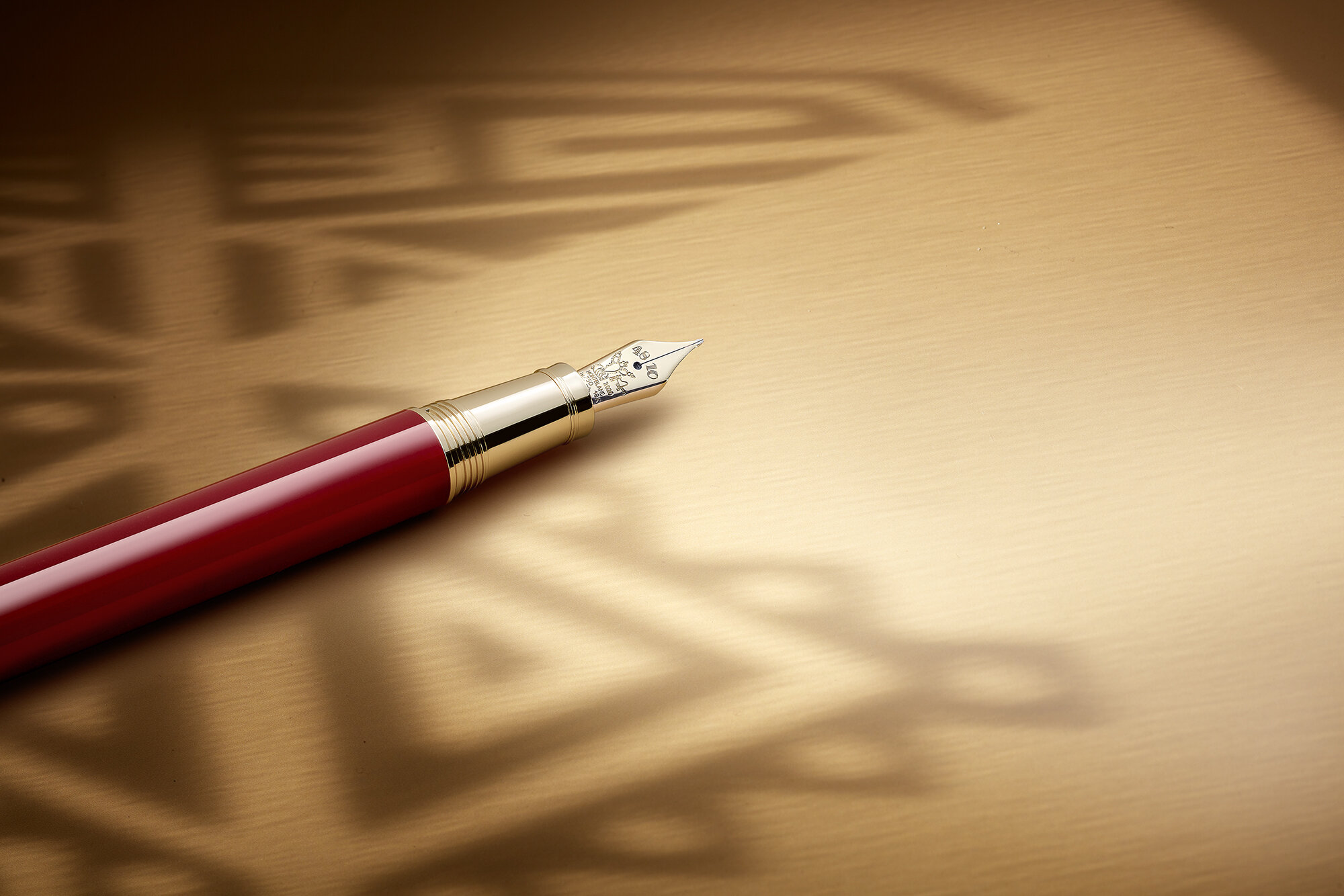 The nib of this unique MontBlanc pen is in 18K gold and the engraving on it, of a three-armed cactus with a royal diadem and two scrolls, is inspired by the capital city of the Aztec empire - now known as “Mexico City”. 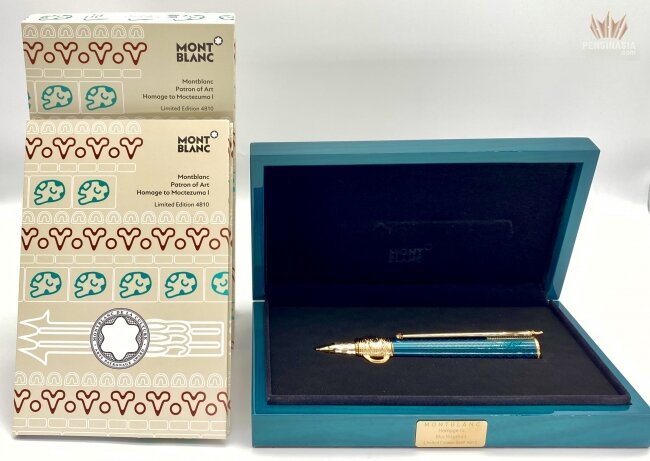 Montblanc when creating these unique pens pays special attention in ensuring that from the box to the documentation are, like the pen itself, unique and celebrates the Patron of Art it has been created for. For example, The snakes on the front of the box were at the heart of most of the Aztec ceremonies. The uniqueness and exclusivity of this pen is emphasised by Montblanc through the plate on the box which highlights the number of the limited edition. 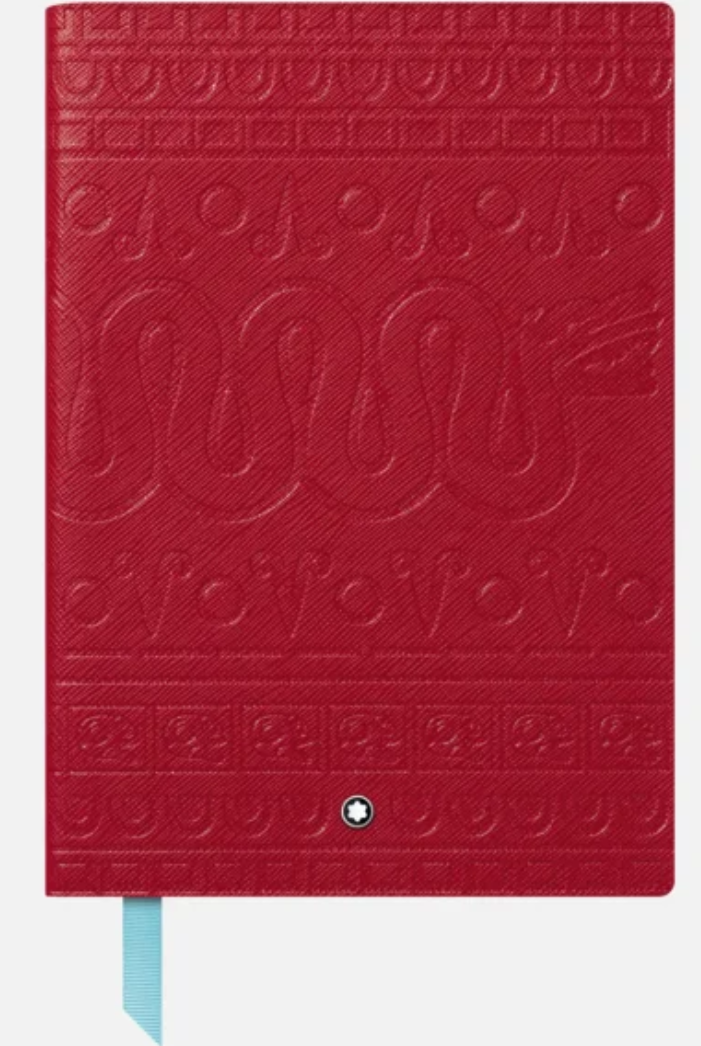 Notebook 146, Homage to Moctezuma I

Available as well to compliment this pen is the “Montblanc Fine Stationery Patron of Art Homage to Moctezuma I #146 Medium Notebook” which consists of 96 sheets of high quality 85 grams, gold cut, ruled paper.  This Montblanc Fine Stationery collection is completely produced in Florence, Italy. The cover of this notebook is made from the finest Saffiano leather embossed with the double headed snake and details of the clothing of Moctezuma.

Should you wish to explore or purchase this unique and exclusive Montblanc collection, please do not hesitate to contact us or visit our boutique.